On Thursday, I ate me up some dainty, colorful little pullet eggs. 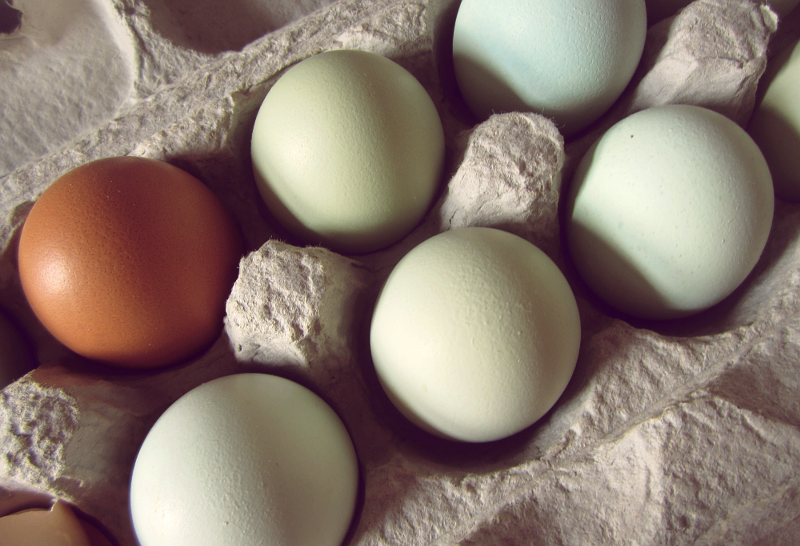 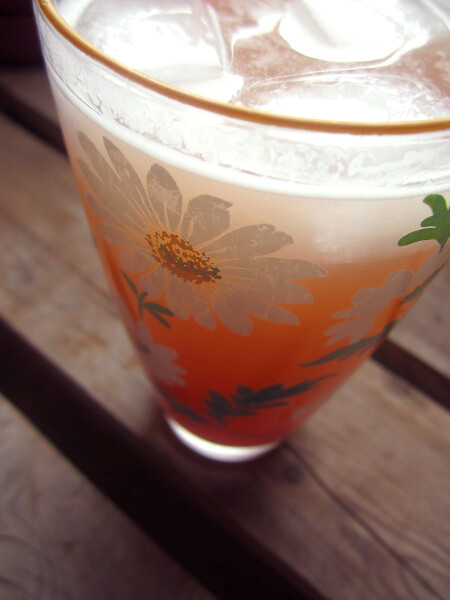 I will become an expert in making drinks with vaguely pretty colors. This drink was basically a slightly remade tequila sunrise, but instead of orange juice, it was grapefruit juice, and instead of tequila, it was gin, and there was some tonic water in there because hey, and so it wasn’t really a tequila sunrise at all. But there was grenadine in it.

I built some of these just now.

I had an experience today I’m sure we can all relate to. Back in September, I bought a pumpkin. I didn’t carve it, it didn’t rot, and so I kept it out until past Christmas, during which season I had slapped a bow on it and wrapped garland around its base to keep it appropriate. As one does.

For the last three months, then, it’s lived its life on the the floor in the porch next to the composting bin I have in my apartment like a dirty hippie. Today I decided it might finally be time to compost the pumpkin as it was beginning to shrink on itself a little. So I plopped the pumpkin on top of the food scraps and everything, grabbed a spade, and began stabbing it violently into smaller pieces, the better for it to compost.

As the dismemberment progressed, I started noticing light green tubular things and leaves which I ignored because I unthinkingly thought (THAT’S A FEAT) they were bits of vegetable matter that were already in the compost box, and that were getting mixed up in the disintegrating pumpkin. Finally I realized that I was being a fool and they were in fact dozens of little pumpkin plants that had germinated inside the pumpkin.

HOW ABOUT THAT? Whatever, I thought it was cool. Plants are wonderfully persistent.

This is what I ate Valentine’s Day: white cheddar and Granny Smith apple pizza. Wasn’t sure about the apples, but it turned out delightful. Not pictured: everything I drank. Whoa!

This is actually my fourth Shirley Temple since the weekend (I got the notion to make some before her death, but now consider it a tribute). Well, it’s a Shirley Temple with vodka, anyway. I refuse to call it a Dirty Shirley. Anyway, I just love the color of the grenadine and how pretty the bubbles and the light are.

Dried herbs (thyme and sage) and a dirty window.

When you think you’ve just bought any old orange and it turns out to be a Cara Cara navel orange with pinkish flesh, why, peeling it is like unwrapping a present.

From Wikipedia (emphasis mine): “The flavor…has been described as evoking notes of cherry, rose petal, orange, and blackberry.”

For the record, I do think Cara Caras taste like oranges, only tastier.

“And they’re all cats! And plants!”

So I basically had this post ready over a week ago. I had the images uploaded, the code dumped in here. All I needed to do was go back and do the admittedly difficult work of centering the pictures and adding captions. Everything on WordPress is wildly, crazily different since I was here last. You know what else happened? It became summer. It stopped raining, and it got hot out.

And it seems like I’m still getting new followers. Hi! Look at me! I’m actually updating since you followed me! There are over 2000 of you now, and I am confident that a good many of you are not spambots. (Wink?) Welcome aboard. I’m so happy to have you here. Please enjoy these pictures from my phone.

After one of many rains, droplets bespeckle the strawberry netting.

One of my benevolent employer’s many irises.

Little Bad Cat (now named Blue by my benevolent employers, because of the grayish cast of some of his fur due to having fallen into a chimney) cuddles with Blackie in a box.

A portentous-looking sky one afternoon while we were laying down the plastic rows.

A delphinium that I now own.

Tomatoes flowering in the greenhouse, where they are partly supported by this orange twine.

The second greenhouse for tomatoes and cucumbers. Looks kinda Shinto, those supports, no? …No?

This image just sums up quite aptly the whole planting season for me. Especially this one. Being sucked down into a vortex of mud.

One of the first really nice days we had. Planting peppers.

You just know they named this hot pepper that so they could advertise it as the variety that takes a bite out of you.

Wild flax and a syrphid fly.

Mom (Spot) with her two kittens, the first ones she’s had that have survived this long.

This is a little picture of my plant addiction. (The ones in the box are at least perennials or veggies, so, you know, slightly more practical than just, hey, pretty flowers.)

My peonies! They still aren’t open, but soon.

We have really gutted this front garden. I ran out of room in the vegetable garden so I planted the onions up here where the barberries used to be.

Some of the best chicken I’ve ever had. Dad is testing out the new grill.

So. Pretty much every picture I have to show you from the past few days has to do with food and drink. I think it’s fair to say that my life is about 70% food. It was nice try to a few new things the last few days.

Given the kind of weather we’ve been having, I haven’t felt much inclined to do much besides stay inside and putz around the kitchen. It dipped down into some absurd wind chills at the end of the week. The first picture where we left off, the 30th, is an ode to this.

January 31st: Not something new. But probably the first time I’ve made pancakes at 10:30 at night. WHAT, SOMETIMES THE HEART WANTS WHAT IT WANTS.

February 1st: You’re just going to have to trust me when I say that this is a gin fizz. Actually, it’s a royal fizz, with a WHOLE EGG IN IT. Fancy. It was the first time I’d made one.

February 2nd: I made applesauce for the first time ever. Was delighted how easy it was. Will use less sugar next time.

February 3rd: And here we are, Super Bowl Sunday. I am not watching because I don’t care. But I am envious of everyone having a party with delightful treats, so I decided I was going to make my own pizza. Unfortunately, I had nothing to make “normal” pizza with so I threw it together based on what I had. And what I had was a bunch of onions, a green pepper, Monterey jack cheese, some possibly freezer-burnt homemade pesto from the summer, and stuff to make dough. I made a pretty good dough. I grated the cheese. And then I put chickpeas on the pizza because I DON’T PLAY BY THE RULEZZ.

It was amazing, actually.

This week’s goal is take pictures of something besides food. And cats.